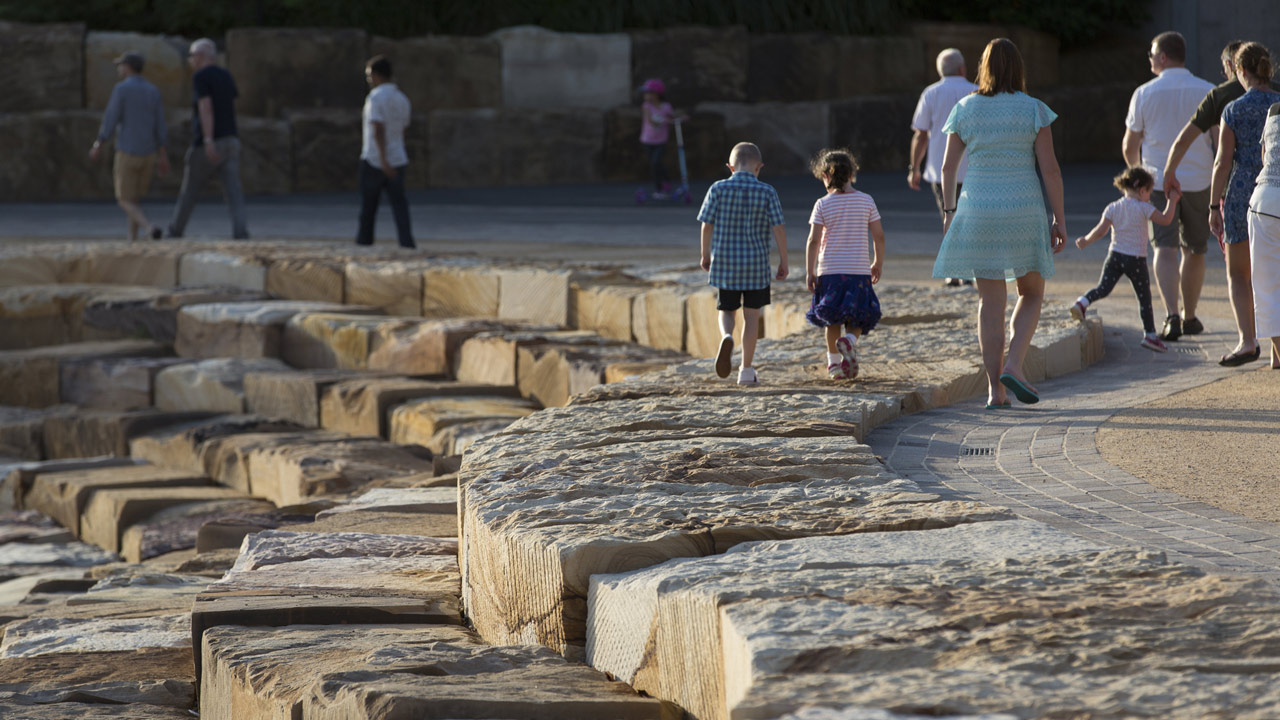 Barangaroo Reserve was selected as the 2017 Winner in the landscape architecture category, from a field of more than a thousand entries from 68 countries across the three disciplines.

Named for an influential Aboriginal woman of colonial Sydney, Barangaroo is a globally-significant, 22-hectare waterfront renewal project that redefines Sydney Harbour and its Central Business District.

Barangaroo Reserve was the first phase in the 3-district precinct to open. The project re-creates “Millers Point” headland in its original location by transforming a concrete container port into a naturalistic park with over 75,000 plantings native to the Sydney region.

Guided by historical maps and paintings, the design of the headland includes a foreshore of 10,000 sandstone blocks excavated directly from the site. Walking and bicycle pathways separated by the “1836 Wall” symbolically mark the original precolonial shoreline.

Barangaroo Reserve is carbon-neutral, water-positive, and committed to creating zero waste. Selected as a Clinton Global Initiative, One Planet Living, and C40 Climate Positive development, the project recycled all existing materials onsite to form the headland. Hidden beneath the artificial headland, the “Cutaway” is a massive void formed through the sandstone excavation operations to host art exhibits, performances, and a future Aboriginal Cultural Center.

Barangaroo Reserve transforms a huge expanse of empty concrete into humane, usable space, marking the transformation of an industrialized site into a modern reinvention of its more sustainable past.